Welcome to the first article of a two-part series on Traditional Medical Astrology, humoral medicine and its most essential tool and technique: humoral diagnosis.

We will explore how Medical Astrology can a powerful healing tool in humoral medicine, and the importance of accurate diagnosis in order to effectively treat patients.

True practical Medical Astrology is built upon and revolves around the use of astrological technique to diagnose the humoral (or elemental) cause of physical and mental health problems. Thus allowing the humoral medicine healer to apply knowledgeable solutions to balance the four elements, as well as balance the functions where the symptoms occur, in both the body, emotions and the mind.

Any healing system must first and foremost be able to produce a diagnosis. Modern medicine has various methods ranging from blood tests to CAT Scans. Eastern medicine has pulse diagnosis, and an array or examination methods to corroborate what the pulse says.

The diagnostic method in astrology is a “Horary Chart”.

In order to understand how astrological humoral diagnosis can be used in practice let us first make sure we understand the paradigm in which it operates. Let us begin by comparing it to the paradigm of modern medicine.

Modern medicine operates in the paradigm of chemistry and symptoms.

It detects a problem and applies a measure to fix the problem. There are exceptions, but a common outcome of such an approach is that one may successfully squash a symptom, but other symptoms and/or side-effects from the treatment will take the place of the original symptom; simply because the underlying cause usually remains unseen and thus has not been addressed. That can go on ad-infinitum with a person becoming progressively sicker without ever finding a suitable cure.

Traditional Medical Astrology and humoral medicine operates within the paradigm of the elements (humors), which can be said to form the underlying fabric of our physical, mental and emotional manifestation.

This is the paradigm in which all Eastern (Chinese, Tibetan, Korean, Indian/Ayurveda), Greek (Unani-Tibb) and Andean (Kalawaya) medicine operates.

Modern medicine diagnoses symptoms only, and has neither the concept nor the tools to diagnose the underlying elemental/humoral cause. Even though modern Western doctors take Hippocrates, who understood and used the elements very well, to be the “Father of Modern Medicine”! Go figure. I digress…

The most important concept in humoral medicine diagnosis is that there are two distinct levels of diagnosis and treatment: cause and symptoms.

The reason this is so important is simple: a cold cause does not necessarily produces cold symptoms. Or a hot cause, hot symptoms. A cold cause may produce hot symptoms, and vice-versa. If that distinction is not understood, diagnosed accurately and treated separately we run the risk of harming rather than healing.

The central concept is simple: there are four elements in two axes: Earth-Air and Water-Fire. A dynamic relative balance of the elements in any organism forms the basis of good health; and organs and systems will function, well or not, largely according to the degree of balance present.

The corollary from that dynamic is that the cause of illness springs from and is exacerbated by an imbalance of the elements.

Symptoms (what modern medicine calls “illness”) then manifest in the weakest functions, organs, or systems that are affected by that imbalance in the elements.

Of course, there are environmental and congenital factors that do affect one’s state of health. However the elements are the factor that can be manipulated whereas we have little or no control over the environment or genetics.

Effective horary humoral diagnosis determines which element is in excess and which is lacking, as well as determine the planetary energies that are affected. The practitioner then proceeds to treat the condition in order to restore balance while at the same time restoring the diseased organ or system back to its rightful operating condition, or health.

The treatment can be devised using any toolkit that takes advantage of the paradigm of the elements, regardless of name or origin. The elements and the seven functional patterns are universal.

In Traditional Medical Astrology the seven inner planets and the twelve houses and signs represent the functions of the organism (anatomical parts, systems, or organs or mental/emotional patterns) where the elements will manifest – either in a balanced or imbalanced way. The more balanced the elements are in the organism the better it will function.

As a simplistic general example: if one has an imbalance in the Earth-Air axis where there is too much earth (coldness and dryness) one may suffer from depression, immobility, or constipation. Or an imbalance in the Fire-Water axis where there is too much fire (hot and dry) one may suffer from irritability, migraines or burnouts. Too much air and one will be twisting one’s ankle and or keep falling at every opportunity, or getting into endless arguments with other people. Too much water and one will cry easily or lack boundaries. Very generally speaking, that is.

Humoral medicine, which Medical Astrology is a part of, does have the concept and the tool (a horary chart) to diagnose the cause and symptoms separately and treat them accordingly.

It must be noted that Natal astrology (the birth chart) is not equipped to be an accurate diagnostic tool. It cannot be, as it speaks of potentials, not actual facts. It is too vague and thus produces vague diagnostics and thus vague, often erroneous, treatments.

However, by assessing the birth temperament we can determine which types of elemental imbalances a person will likely be prone to throughout his/her life.

That assessment of temperament is invaluable for prevention. It is especially important for children because the parents may know what to expect throughout the child’s growth years and may take measures to minimize the negative effects of any birth imbalance by adjusting the child’s diet and lifestyle.

Later in life, once and imbalance settles in, the birth chart can no longer help and can even harm.

Only a horary chart cast for the moment the question about the person who is ill is understood by the astrologer can produce an accurate astrological diagnosis. *And the technique must be correct.*

Also, since it tells us exactly what the imbalance is it also tells us how to correct it, along with where those corrective measures should be applied in the organism.

In part two of this article series I will demonstrate the application of horary humoral diagnosis technique to a real-life humoral medicine case. Stay tuned.

Decumbiture technique is used to map, time, track, and treat health issues and must be interpreted along with either 8, 12, or 16 derived charts. If no derived charts are used a horary is the correct tool to be used, along with correct horary technique, to diagnose and treat accurately and effectively.

In the medical astrology courses offered in the Academy, we study and practice the techniques and specific medical cases related to horary diagnosis. We also study natal and decumbiture techniques and assign them to their appropriate roles in the healer’s toolkit.

The primary goal of the courses is to provide students with the knowledge and skills necessary to accurately diagnose health problems using Traditional Medical Astrology technique, within the paradigm of the elements, as well as answer a variety of both physical and psychological health-related questions.

In possession of a powerful tool such as horary, the true healer, having a clear and sharp view of the elemental cause and the symptoms separately, will be in a more knowledgeable and stronger position to exercise his or her healing gift.

Would you like to learn and practice humoral diagnosis and the other subjects discussed in this article? Here are some of the courses offered at the Academy.

Learn horary, natal, and decumbiture techniques. Thoroughly practice humoral diagnosis. Diagnose the proportion of humors in any organism and learn how to take appropriate healing measures.

A course for experienced horary astrologers who wish to deepen their understanding of the psyche and the root of unnecessary suffering. Answer questions on emotional, mental, metaphysical and spiritual matters. Learn humoral diagnosis and how to take measures to balance the humors / elements.

PrevIs Venus cold and moist? Or is it hot and moist?
Humoral Diagnosis – Part 2: A Real-life Case in Humoral MedicineNext 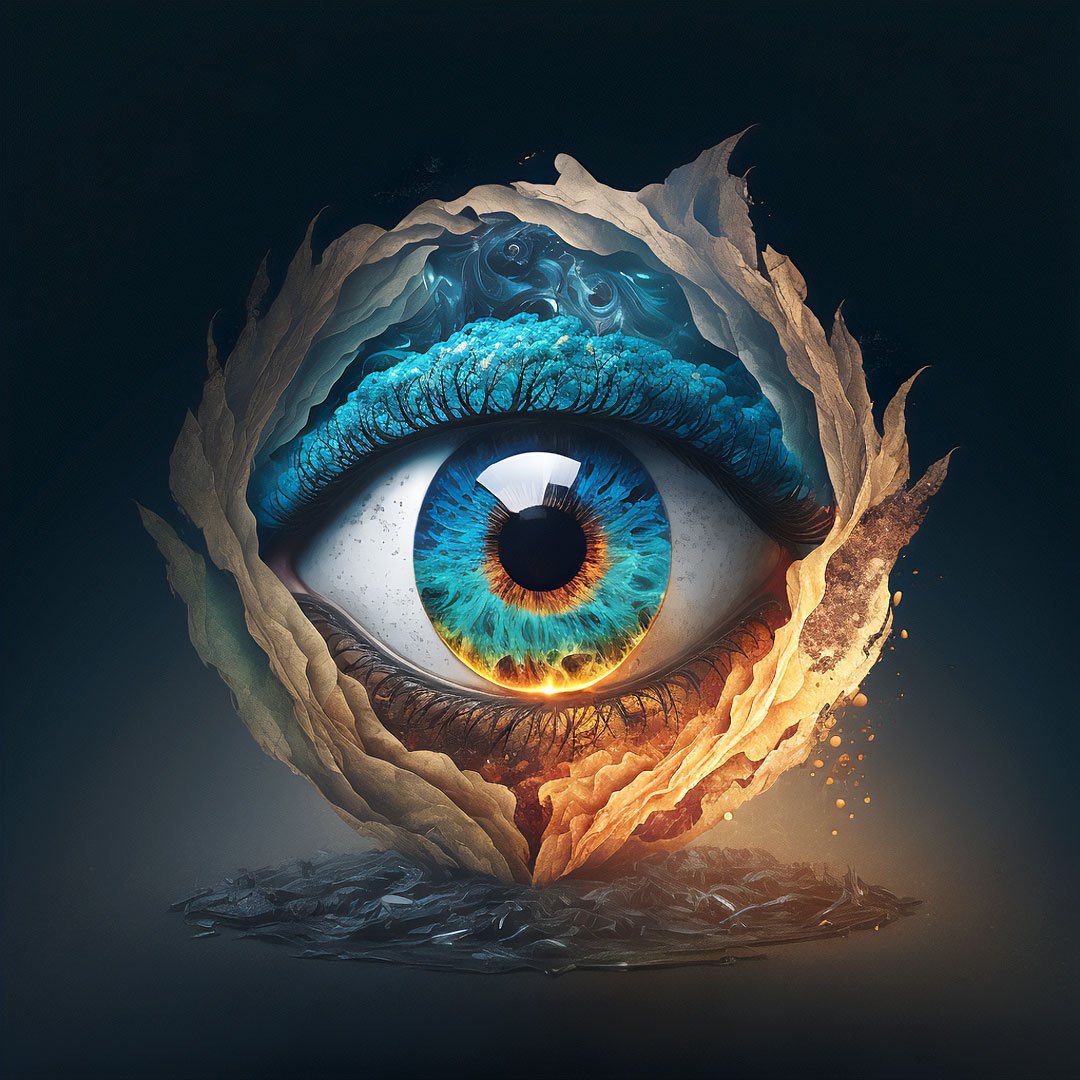