If we are to read receptions completely and correctly in a medical chart we must understand the concept of what an illness is traditionally and how the body is healed. It is rather simple, but we have to unplug our post-enlightenment bias to understand it.

An illness has two dimensions: the cause and the symptoms. A symptom is shown by a planet and its essential and accidental dignity, including aspects and receptions with other relevantly placed planets and house cusps.

The cause is shown by a single planet’s humoral quality of the sign it is placed in and, to a lesser degree, the planet’s own humoral quality. For example, if the cause is Mercury in Scorpio the cause of disease is an imbalance in the water-fire axis in the form of an excess of water; with a bit of extra coldness and/or dryness added by Mercury’s own coldness and dryness.

Now, Mercury, in our example, is not some bad guy who sneaked into the building and is wreaking havoc. Mercury already lives in the building; it is a legitimate energy stream, along with the other six energy streams represented by the other inner planets. Mercury does all the Mercurial stuff we cannot live without. Mercury is responsible for exactly one-seventh of health! It just happens that this Mercury is misbehaving and is causing problems.

So we do not want to harm or decimate Mercury (or whatever planet signifies the cause of illness). What we want is to balance him and make him happy and have him cooperate with the rest of the planets by drying and warming him up. We give him some fire and we give him some Mercury food — in the form of actual food or herbs or lifestyle changes of a Mercurial nature, for example.

That is why, if we have a planet in the sign of detriment or fall of the cause of illness that planet will aggravate the illness/symptoms without any benefit. (Note that, a treatment can very well aggravate symptoms, but that is the price to pay for the benefit of subsequent healing.)

So, if you are an astrologer who uses John Frawley’s concepts of receptions be careful. Suppose, in our Mercury in Scorpio example, we have the Moon in Pisces in a trine with Mercury, the Moon will make the illness worse because, being in Mercury’s detriment and fall, it will harm the Mercury energy stream. We do not want that.

The notion of “hating” the illness as a “good thing” works only from the perspective that illness is some extraneous entity that must be eliminated. However, that is a modern and incomplete point of view. Eliminating symptoms is a noble endeavor, but without addressing cause and symptoms separately, by trying to “kill the illness” without balancing the cause we are often not healing but merely modifying the illness.

Without the understanding and tools to deal with cause and symptoms separately, rarely is healing promoted and achieved. The proof is in the pudding ? just watch people being treated for chronic diseases using modern medicine. They get sicker and sicker and accumulate a collection of symptoms as large as their medicine cabinet and medical bill. But I digress…

In essence, and true healing, “hating” and “harming” the cause of illness does not work and reveals faulty understanding, because the cause is not an extraneous entity; it is an integral part of the whole that is a bit confused and must be re-integrated. (This notion has deep psychological implications as well, which I may address in a future article.) 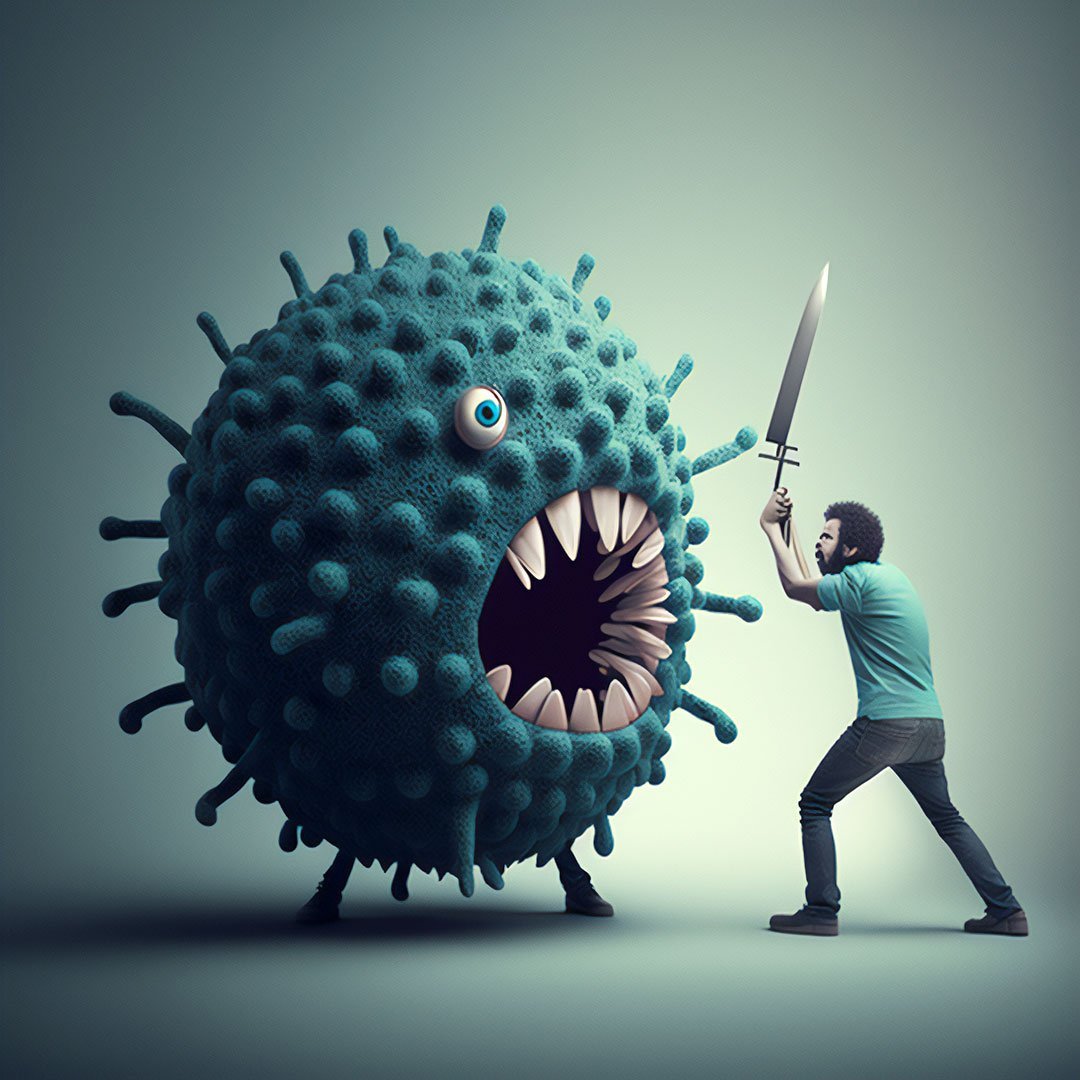