Time for another look at the health of our society. It has been announced that the British legal system determined that Julian Assange must be extradited to the USA.

So I decided to take a look at Assange’s birth chart and his progressions, and solar returns for this period. There are some eloquent testimonies.

First let’s take a look at the Radix and see whether there is any potential for the nightmare the guy is going through. I don’t have much time for extensive comments so I will just point out the testimonies along with brief comment on the symbolism and technique where applicable. 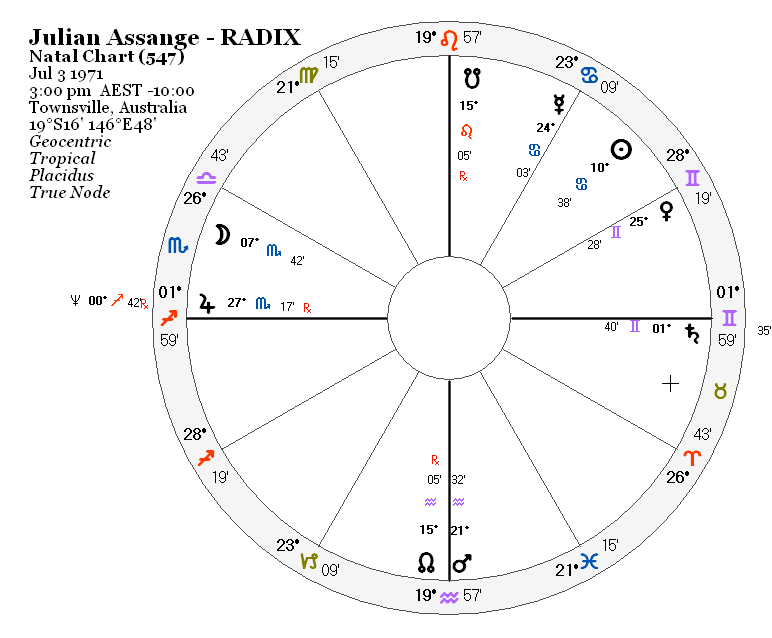 We have someone to whom house 12 will be prominent in life. This, obviously can take different forms. He could be a camel breeder, or he could be prone to depression and have trauma, or he could retire to a monastery, or he could go to jail. Well, we know the context.

Why would he go to jail?

Assange has a penchant for hidden things. Neptune is right on the ascendant.

The Moon and Jupiter have power over Mercury, L7, other people. He sure does. Assange exposed their secrets. The hazy Pleiades on the 7th cusp is a remarkable testimony for things hidden about house 7. And boy, are people going to get upset about it!… Alcyone is ruthless.

Mars, the turned 12th from the 7th is conjunct the Moon by antiscion. We have two more testimonies showing house 12 themes for both Assange and house 7. Given the context, we can safely say that the primary meaning of his house 7 during this period of his life is “enemies”.

There is more in this chart. But this is enough to paint a picture of what could go on in his life.

How will his enemies react to Assange’s actions?

By throwing Saturn at him.

We do have a picture of people throwing the native in jail and going to extremes to shut him up for exposing their secrets and pissing them off.

Now, let’s see what testimonies come up in the progression and return charts. 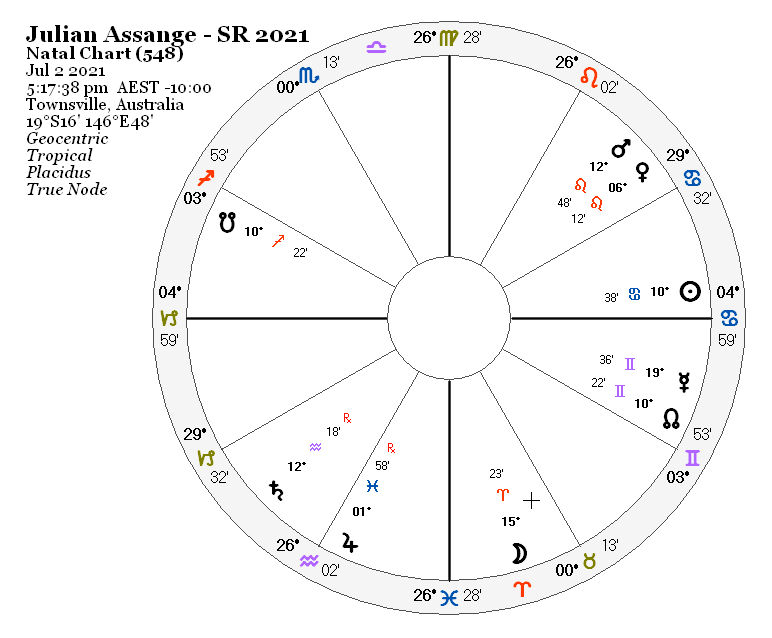 I have not looked into previous returns for him but I am confident that house 12 is active in some of them since he was initially arrested.

Jupiter, RADIX L1, is inside the RADIX 12th cusp by antiscion.

The imprisonment theme persists. It is not the case that he will be released. It is the opposite.

Mars is opposing Saturn, SR L1. Saturn and Mars are on the RADIX nodes.

In typical USA and British fashion against those who refuse to submit, Assange is being beaten to a pulp. Imposition, limitation, harshness and aggression are the name of the game. Saturn and Mars.

The Moon applies to sextile Mercury, SR L10 as well as L6, which is the turned 10th from the 9th. That is, he goes from the local authorities to the authorities of a foreign country.

The Solar Return for 2022 continues telling the story as it unfolds. 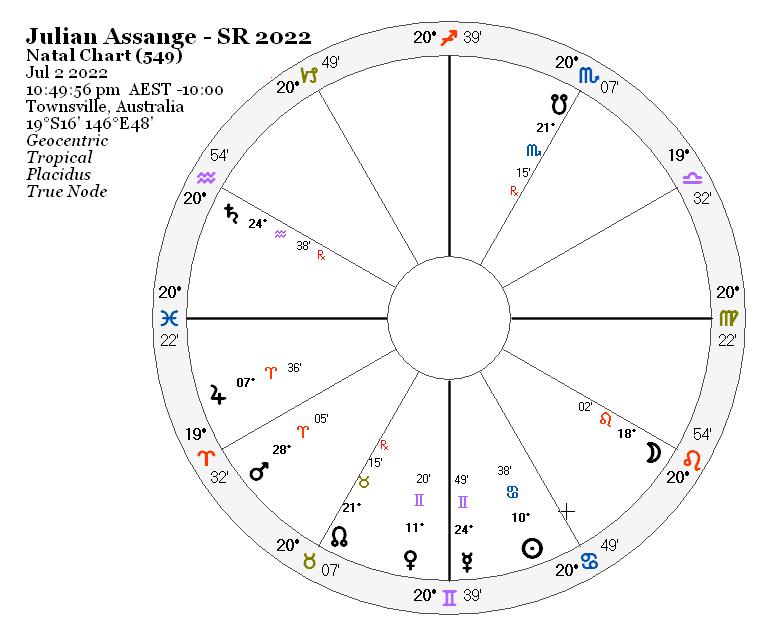 Saturn and Mercury in a perfect trine. The Moon applying to aspect Mercury and Saturn.

Jupiter’s antiscion inside the 7th cusp. 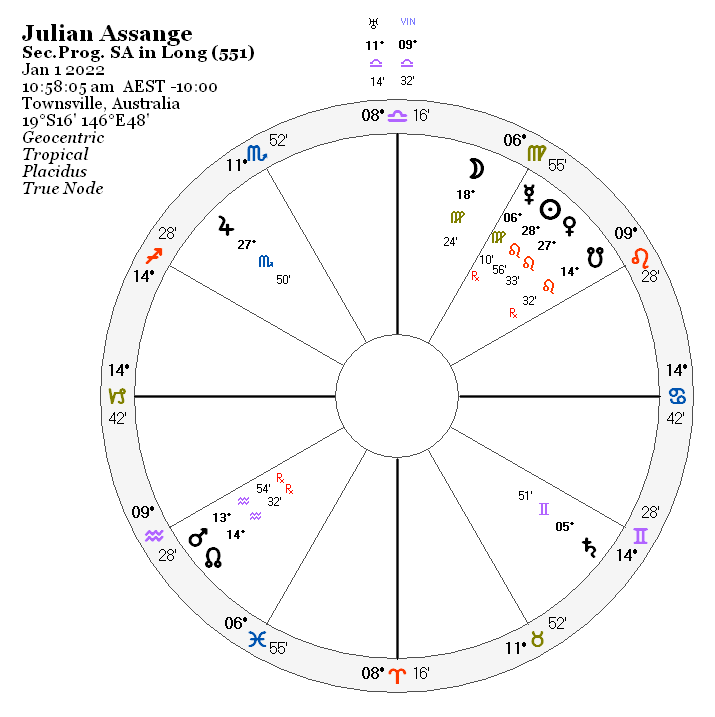 Finally, a quick look at his Secondary progressions for the period.

The house 12 theme has been going on for years for him so I did not expect to see anything relevant to that specifically in his progressions.

However, the progressed MC on Vindemiatrix and Uranus are rather pithy. Separation and over-stretching.

The situation is indeed extreme and is being pushed beyond limits. Too much is being expected from the legal system. It will not deliver what is expected or hoped for this native. He is indeed splitting from one place and going into another, all directly related to house 10.