Passed out While Driving

This is a series of charts demonstrating some basic natal medical delineation and the potential realized later in life including a car accident which brought the problem to light.

Let’s start by looking at the natal chart. 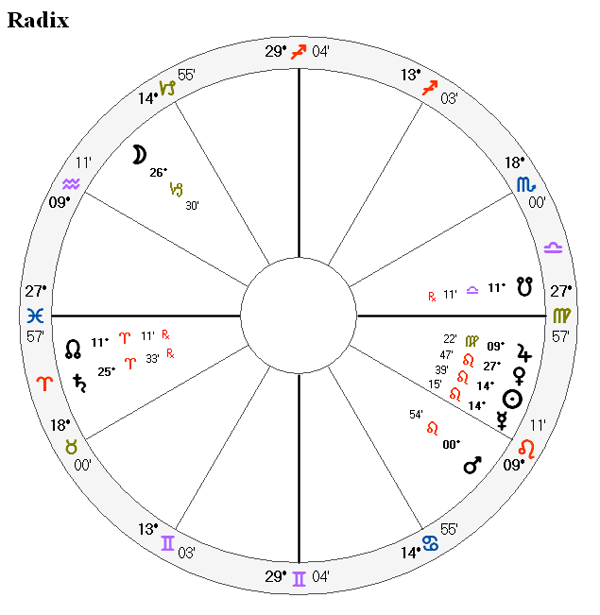 We have a native with a not very strong constitution given by the Moon being in its detriment in a succedent house and Jupiter also in its detriment in the 6th house. The Sun is L6 so we do not look at it as the native’s co-significator for medical purposes in the radix delineation.

Chronic and other serious illnesses in his life will tend to involve L6, the Sun, and/or any of the planets in house 6: Mercury, Venus and Jupiter itself. 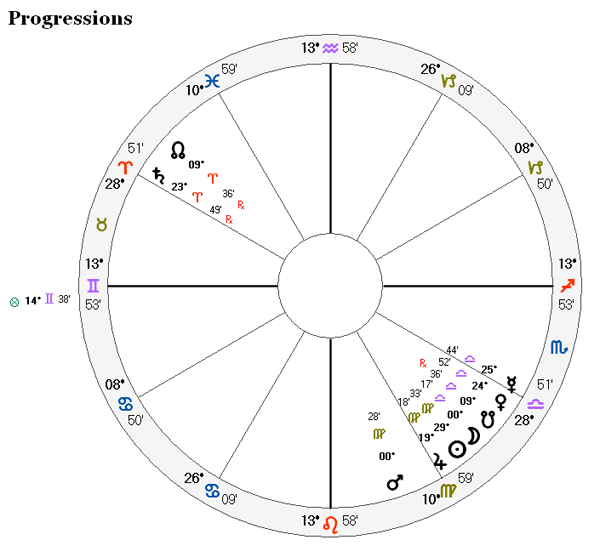 I cast the progressions for January 1, 2015 since we are going to look at an event that took place on May 16, 2015. This will give us an idea whether something significant may be coming up for the native in the months following Jan 1 and whether that something is nice or not.

The Sun is progressing into the next sign in a bit less that half a degree. Although this is the kind of automatic testimony that shows up on any Sun progressions every thirty years it could be corroborating a possible life changing event. Since the Sun progresses roughly one degree per year we have a bit less than six months as the timing for the Sun progression for the event that took place on May 16, 2015.

The MC is progressing to oppose natal Mercury and the Sun. MC opposing an illness/accident significator and then the Sun is not good. The timing again points at roughly 6 months.

So, we have the indication of something not so nice coming up within the timeframe. But that is not all.

The Moon is progressing to conjoin the South Node in about 10 degrees. The Moon progresses about 12/13 degrees for one year of life. We are looking at some further unfortunate development for the Moon (the native) several months ahead. 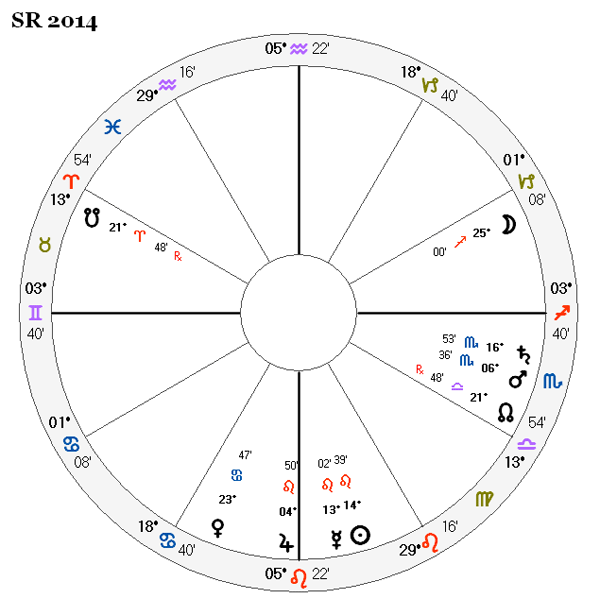 To start with, Jupiter (natal L1) is at the bottom of the chart, not fortunate in itself. But has also just entered natal house 6.

Mercury, one of our natal illness significators is closely applying to conjoin the Sun. And Saturn opposes the Sun and Mercury by antiscion. The nodal axis in the 6-12 emphasizes and confirms. Venus’ antiscion in the ascendant further points at house 6 issues, and/or suggests it is involved in the picture in its natural ruler of Venus related issues. The Moon is heading for its detriment in Capricorn.

We have house 6 problems already brewing nearly a year before the accident. 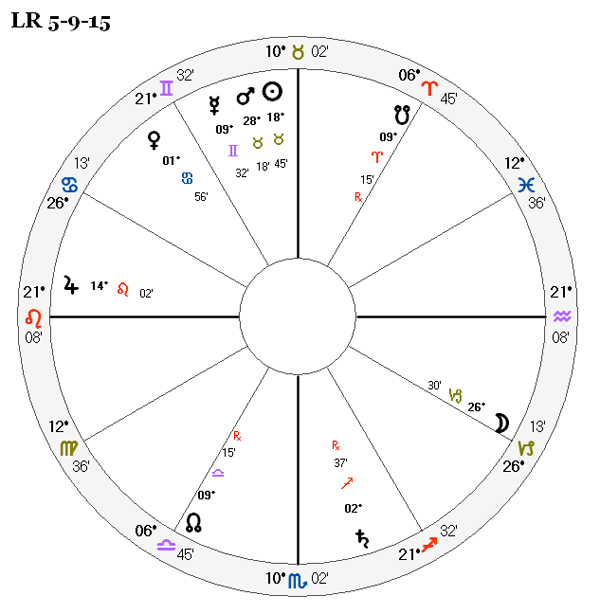 This is the lunar return for the period when the accident happened.

The Moon is right inside the 6th cusp trining Mars (accident). Mars is on the star Algol: he passed out (lost one’s head).

The accident happened during a journey; look at the nodal axis again emphasizing houses 3 and 9.

The actual event is shown, as they must in a return chart, by and applying aspect, or aspects. Here we have the Sun (natal L6) applying to trine the Moon, since the Moon (in its role as “the Moon”) is static in a lunar return chart. And we have Venus applying to oppose the Moons antiscion, that is: L3 of routine journeys, should this have been the case; or Venus as one of the illness significators from the radix.

His central nervous system/brain is certainly involved in his passing out since those are ruled by the Sun, and obviously, passing out means they shut down. We know Mercury is involved too; another nervous system significator. And if Venus was the culprit we could, for example, have someone passing out due to hypoglycemia. 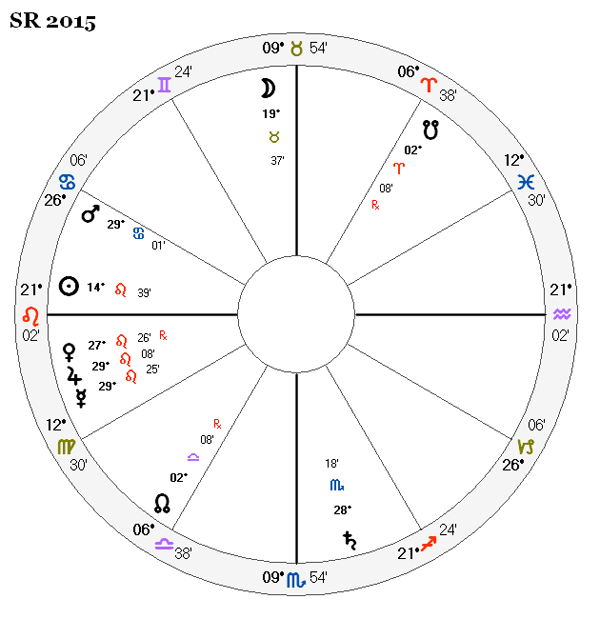 Since the event we are investigating is recent and another solar return is coming up soon I decided to take a look ahead. It looks like this is a significant illness that is playing out as house 6 is very active, even more so than the last solar return.

Jupiter, natal L1, is about to enter its detriment. That alone indicates a further decline of some kind for the native ??possibly, or very likely, in health. See?the level of detail:
Jupiter is separating from Saturn, SR L6, indicating that he is already ill by August 2015, as we already know. And two of the illness related planets we saw in the radix are also separating from Jupiter: Venus and Mercury. It is as if Saturn, Venus and Mercury are taking Jupiter into its detriment.

If that was not enough the Moon is combust by antiscion ? the Sun is natal L6. And the SR 6th cusp is on the natal Moon.?And Mars, Venus, Jupiter, Mercury and Saturn aspect the SR 6th cusp.

We do not know details about what happened yet. It appears that the doctors have not been able to diagnose it yet. But we know this is a significant health problem that is still in development. If I hear more about the situation I will post updates.