This is the first in a series of four articles demonstrating a house 6-house 12 connection as seen in a birth chart delineation, progressions and returns, leading to a not very pleasant outcome.

I will add some events along the way to make the journey a bit lighter and demonstrate some rather eloquent astrological testimonies about the life of one the greatest artists of the 20th century.

Below is his birth chart. Pay close attention to the Arabic Parts because we will bring the natal arcs of those parts into the return charts later on; and we will see how they applied to the reality of the life as it unfolded. 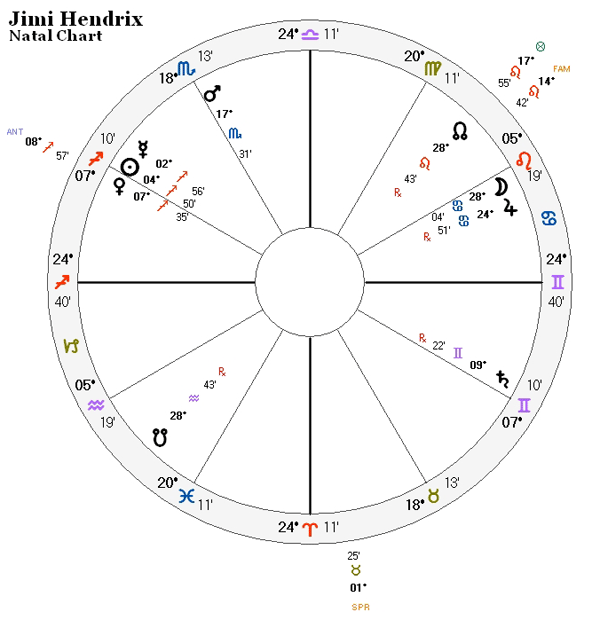 Experience begins with time. It begins from ashes and ends with ashes. Wisdom is gained from experience, from time. What planet depicts the essence of experience?

Saturn. How fitting that Jimi Hendrix’ most prominent artistic expression in life was a band called “The Jimi Hendrix Experience”, given that his Venus closely applies to oppose Saturn in his chart.

This opposition will be felt present by him and those around him throughout his brief life. We know what oppositions can and often do. This is a testimony for the man who once said: “The story of life is quicker than the wink of an eye. The story of love is hello, goodbye.” Oppositions are the “Hello-goodbye” of aspects. We have the picture of a not-so-smooth ride in his Venus’ matters.

As much as Saturn obstructed his Venus in all possible ways: conflicts with management, with people, with social conventions, with artistic convention, with his own body; his Sun, through his fiery Venus on the star Antares (of martial nature), pushed back against those conventions in equal measure, specially through a high stack of Marshall amplifiers and speakers with all knobs turned to full volume like no one had seen or heard before.

His Moon is melancholic, being in its third quarter, imparting a perspective of “having and holding” emotionally. This Moon gives enormous pleasure in an embrace of a loved one or in physical contact, but conversely, much?suffering in possessiveness and jealousy.

It it noteworthy that Hendrix, being generally a pretty mellow and sweet guy, became violent under the heavy influence of alcohol and drugs. Notice that the Moon exalts Jupiter, his L1 but also his L12. His Sun, Venus and Mercury are right on the 12th cusp. We have the potential for self-destruction. And notice that while the Sun has much power over Mercury (L7) it is also in its detriment, so: harm to others was “natural” if his house 12 got engaged.

His Moon is approaching the end of her dignity by sign. This gives Hendrix a sense of urgency in emotional matters. He wants to express all his emotional goodness, he wants to be inspired and to inspire, as fast and as much as he can before it’s too late; he has no time to waste when it comes to expressing his feelings. Known for bringing his guitar with him just about everywhere he went, he did so through music: Venus (L5 and L10).

Hendrix once said when asked what his music was about: “It’s all about inspiring and being inspired.”

What happens when we are inspired? We express, we pour out the content, the light, that we are carrying. By expressing or pouring out our content, knowledge or light we, in turn, inspire others. That is the essence of the Arabic Part of Spirit or Abundance. It is the Part of the Sun and thus is meant to shine.

That pouring out will take place strongly or weakly, easily or obstructed, in art or engineering or in giving birth or raising a child or in an amorous relationship, according the the planetary configuration in play. So we have two distinct yet interconnected layers of the psyche: the theme that the “essence” or “soul” is experiencing hinted at and interpreted from Arabic Parts and “how” it is being experienced hinted at and interpreted from the planets; with fixed stars adding deep nuances to and connecting both layers. This is the kind of subtle delineation ?one would have difficulty doing without Arabic Parts.

Now take a moment to go back up and look at his natal ArabicPart of Spirit: it is conjunct the North Node by antiscion. He came in with a strong potential to share and express. We will see this testimony activated next in a significant way.

NOTE: you may want to keep this window open in order to refer to the radix chart and open the following articles in another browser window.

PrevPassed out While Driving
Jimi Hendrix’ Abundance (2 of 4)Next 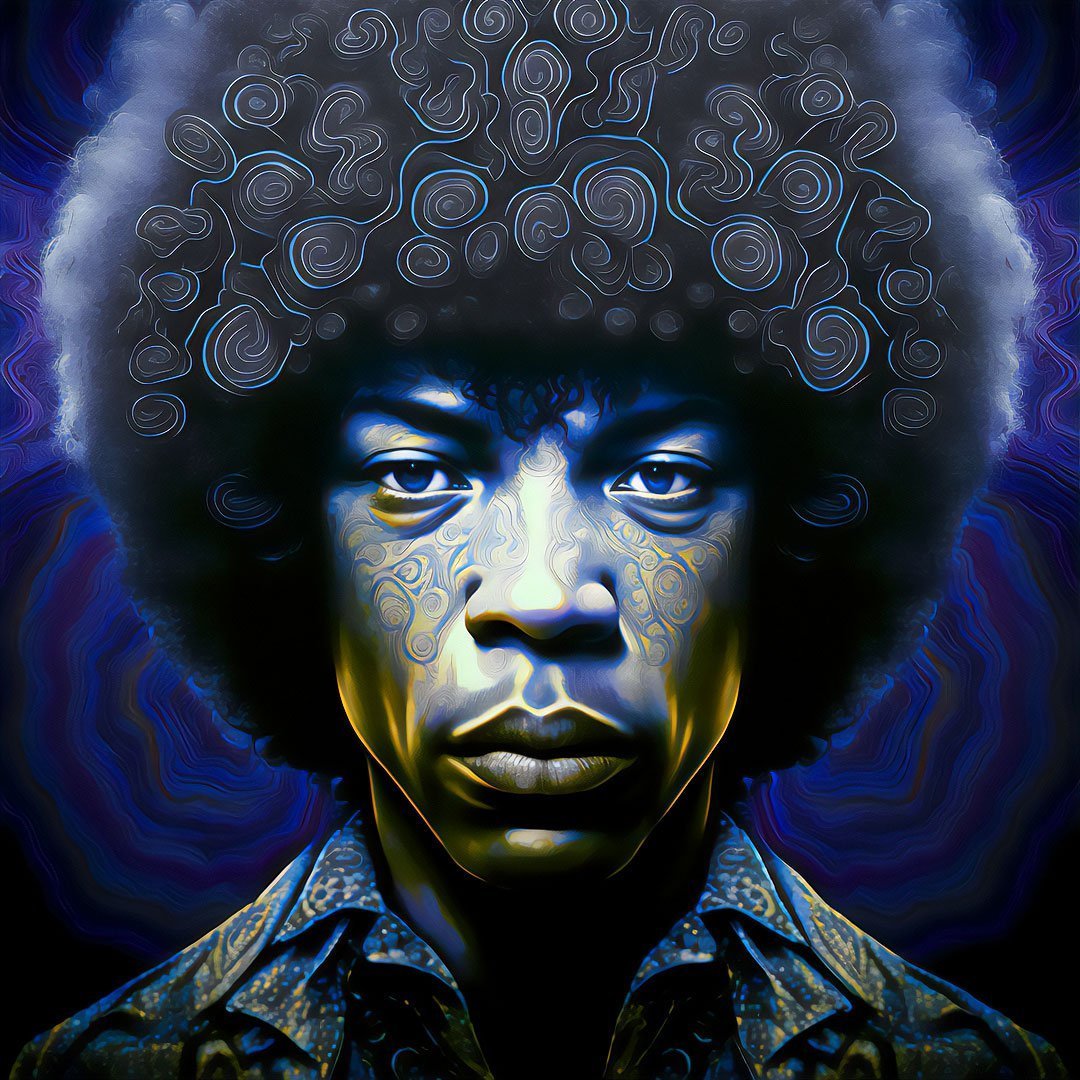