The New USA Presidency. America Back to Normal

Time for some social commentary. Here is my interpretation of a horary about the gist of what is in store for the USA in the next four years, under Biden’s leadership.

The USA is Mars in Aries. A strong country still, no doubt. But retrograde. It most definitely is not going in the right direction after a string of leaders who, in one way or another feed a system of status quo which basically is burying the American Dream deeper and deeper under layers of debt, and now unemployment, while enriching the rich. All culminating with a reprehensible unpreparedness for a pandemic, and the pathetic and un-empathetic self-centered attitude from a president towards the difficulties of the people

Here Biden, the new president is signified by the Sun, in mutual reception with Mars. Exactly like the 2016 chart. We have someone who is interested in helping the country as a whole and the country, obviuously, is under the power of the president.

(The 2016 chart, however, showed a president that no sooner was elected shifted his focus to other matters rather than his country as a whole, that is: the USA’s money or resources alone; which is exactly what Trump did. All while altogether rejecting the welfare of the people.)

The question we must ask now is: what can the Sun in house 12 do to “restore America to its pre-Trump glorious Obama days”? (Which is Biden’s philosophy.)

The philosophy and plan are wrong to start with. Trump is an ugly cell, but the tumor is much bigger than a single cell and grew largely by the doings of previous leaders both republican and democrat alike. And Biden, like any previous president or candidate, has no plan to fix the real problems we have. That will require changes on the level only people like Bernie Sanders was talking about, who the democrats were all too ready to kick out of the race.

Biden is not about radical change. Biden is a status quo guy, aptly signified by a mildly dignified (face) planet in house 12: he will have a hard time not blowing with the wind to whatever direction his retrograde dispositor dictates. Being dignified by face caouls speak of his experience as a politician which will help him respond a little more gracefully that Trump (peregrine in 2016) to the forces that will move him. Biden is holding the reins of a giant ram out of control: Mars retrograde in Aries.

Bringing things back to “pre-Trump normal” means that very likely another (or the same!) Trump will arise again in 2024 because nothing will be significantly fixed and Biden may get a kick in his ass just as Trump is getting one now.

Is there any other evidence in this chart that he will not succeed in improving America?

Well, things are not absolute and they can always do good things despite the general sorry condition of our society. Trump, for example, avoided physical wars. That is nice. And that’s about it, in his case. He started economic wars though and rubbed just about every other country the wrong way.

Biden, being such a nice guy, will probably do good things, like Obama did. Perhaps keeping Obamacare in place, addressing the pandemic better, etc.

Any major needed structural changes to the degree that we desperately need? No.

Look at house 2 in this chart. He will not be able to improve the economy; it will continue shrinking. Clearly indicated by the South Node in that house and by Jupiter being in fall in a sign of Saturn. Even later when Jupiter improves and enters Aquarius it will still be under the restraining influence of Saturn. There is no such thing as “going back to normal” for the economy. How could it? It is built on the basis of a broken system that favors a few while enslaving many!

The Sun’s next aspect is a sextile with a debilitated Jupiter. Bad aspect for a barely dignified and accidentally debilitated planet. The economy will give Biden a beating.

What about the people?

Look at the Sun’s reception toward’s the Moon, the American people. The Sun is in its fall. The president will put the people down. Perhaps a milder version of Trump, in that respect, since Trump moved into the Moon’s detriment in the 2016 chart. The people is not his priority at all.

Did I hear anyone say this was a government by the people and for the people? Oh, maybe it was just a daydream… I digress…

Here we have a president who, like Trump, will not rule for the people. To anyone who has been paying attention to history that should not be a surprise. Biden will be busy with “more important things”, probably helping the military get into a couple of wars here and there, like he did as a major supporter and fomenter of the Iraq invasion, as a senator, under Bush. Be naive not: Biden, like Obama and Hillary has “warmonger” in his resumé.

If the question was, will Biden be pro-war or against it (like Trump)? Well, The Sun in a Mars’ sign would answer that nicely. As would our eternally belligerent and immature country, Mars retrograde.

Biden, like his glorious predecessors, will be giving corporations and banks the billions in support that they demand so that their CEO’s can receive millionnaire bonuses and their stockholders happy while politicians keep postponing sending the people another round of $600 to help with the economic fallout and the pandemic.

You are digressing too far!

I am giving you context and a realistic history lesson. This is how we read a horary chart: with knowledge of context. This is how we can fathom what a barely dignified president in house 12 can do to improve the country. Biden is a more balanced and mature person than Trump (who has an adolescent pathological personality). But being a nice guy does not make him the savior of America, just as Trump could not make America great because they will keep making the same mistakes that their predecessors made, and there will be fights among those in power. America is shrinking. Trump did not accept that and Biden is not one to accept that either. He and his team want to go back to the past, which shows how immature, naive and blinded they still all are. Look at Biden’s cabinet choices: lobbyists, corporatists, and warmongers from the Obama era. Three weeks into the election and we are already seeing “more of the same” in practice.

Finally, one might wonder what a peregrine Mercury, L11 (the senate and house of representatives) is doing inside the 12th cusp while L12 is in their own house, both in the detriment of Mars. It is not possible to know the details from this chart, but this, at the very least, reeks of backroom deals and lobbying which do not favor our country, and the inability to act in significantly favorable ways, just like the Sun. And Mercury is on Spica, so they are well protected. Good for them. So, we will have more of the same from our beloved representatives as well.

Mercury is also in the fall of the Sun. This indicates either the senate, or the house or representatives, or both will antagonize the president. That would be congruent with a president who is in house 12 and who may not be able to fully implement his vision, whatever that vision may be.

Enjoy your champagne if you are a democrat. While the pissed off republicans prepare for 2024. The hardship is only beginning. Going back to normal is a bad idea to be in the mind of any president at this time in history. We have a good deal of “more of the same” ahead.

Not to end on a bad note, there is one silver lining in this chart. The Moon and Jupiter are now in negative mutual reception by detriment. That is: we basically despise our economy and the economy hurts us. The move into Cancer will come with the exaltation of Jupiter, that is: this bad shrinking economy will have a deeper and stronger impact on the people.

I thought you wanted to end on a positive note!!!

Yes, pain is a trigger for change. The Moon in Cancer could show the beginning of the people coming to their senses and coming together rather than separating into blue and red or whatever, while harnessing their power, self-respect, self-love for their own welfare. That would be good because nobody else will do it for the people; least of all our president or representatives, as the chart clearly shows and as history has shown us.But

PrevEasing social-distancing too soon? What will happen? Health and Economy Prediction
Covid-19 and the Elements: earth, air, water or fire. Which is the culprit?Next 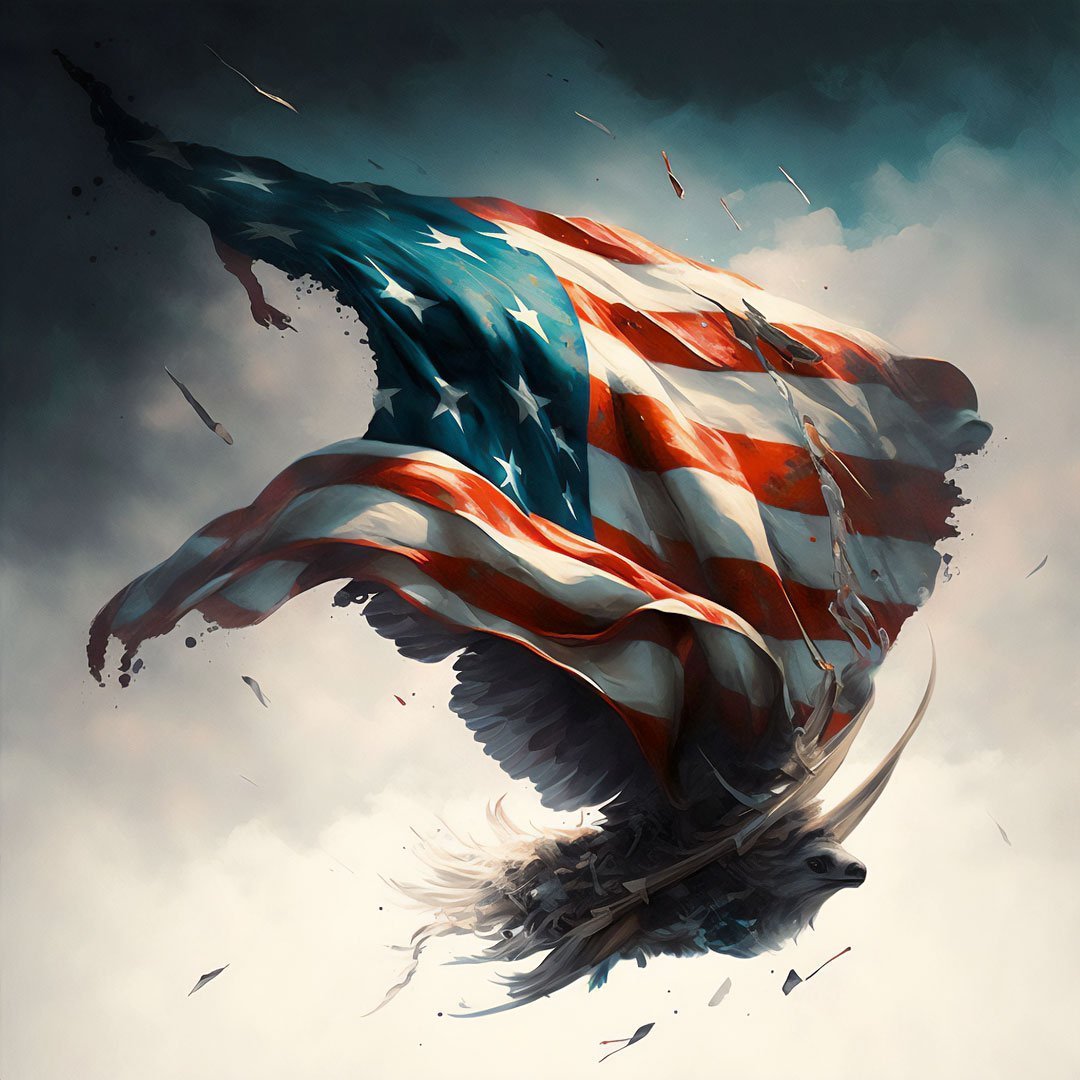