When will Hugo Chavez die?

Some time ago, on the occasion of his first being diagnosed with cancer a horary chart was interpreted giving the diagnosis and prognosis for Venezuelan president Hugo Chavez

As you can see that chart showed things would not go well for him in the then future. So now, on the occasion of his fourth surgery to remove tumorous cells the horary below was asked.

Please bear in mind that neither the querent nor the astrologer are close to the situation in order to confirm risk of death or not. So the question “assumes” that he will die of this illness, although the previous chart seems to indicate that he indeed will. 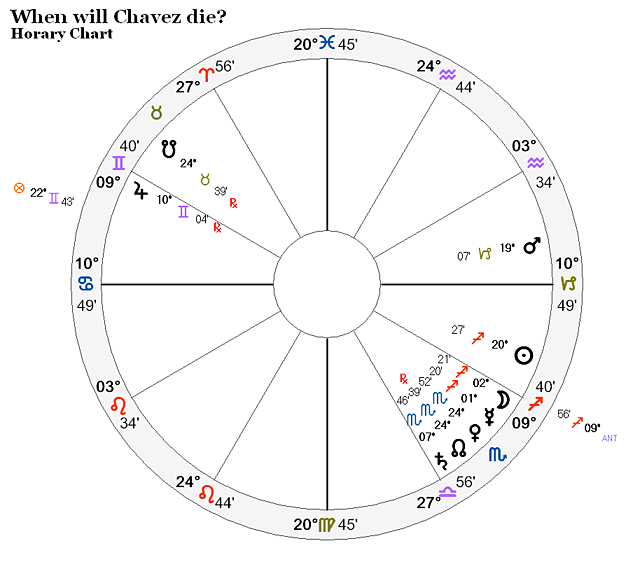 Chavez, being the president of a foreign country, is signified by Jupiter, the ruler of the 10th house from the 9th: radical 6th. It is retrograde at 10 degrees of Gemini in his turned 7th house showing a “bad growth in his abdomen”.

Jupiter is conjunct the star Aldebaran which is descriptive of the onset of yet a new cancerous growth, which is being removed by surgery as I write this.

Notice that Mars, the natural ruler and significator of surgery is in a close opposition with Jupiter by antiscion right inside his house. Unfortunately, despite Mars’ essential and accidental strength it will cause harm in an unseen way, shown by Mars being in Jupiter’s fall. (UPDATE: it has now been reported that he suffered bleeding during the surgery.)

If you look at the previous chart you will see that his diagnosis was a fixed excess of yellow choler of second/third degree shown by Mercury in Leo then. Now, after over a year of progress his imbalance has increased. In this chart his imbalance is shown by Mercury (Jupiter’s dispositor) in Sagittarius: an excess of yellow choler of third/fourth degree. There is more fire in his system now than before, corroborating the previous prediction that things would not improve.

The Sun is his overall treatment (turned L10). It is strong in action in his own house. It has been a mixed bag however. The recent Jupiter opposition with the Sun points at a harsh treatment which is effective in removing the symptoms but exacerbates the cause; a common cancer treatment scenario. This is neatly echoed by the Sun being in Jupiter’s sign and in Mercury’s detriment, that is: it helps Jupiter and aggravates Mercury, the cause.

The question assumes that he is not surviving this illness. So we look for an aspect with radical or turned L8. And we indeed have an upcoming opposition with the Moon (turned L8) in approximately 8 degrees. The Moon being in a mutable sign and cadent house points at death in 8 months, give or take. But not knowing the situation in detail we should not discard weeks. Antares, the star that ends cycles, is on the 6th cusp reinforcing the message. 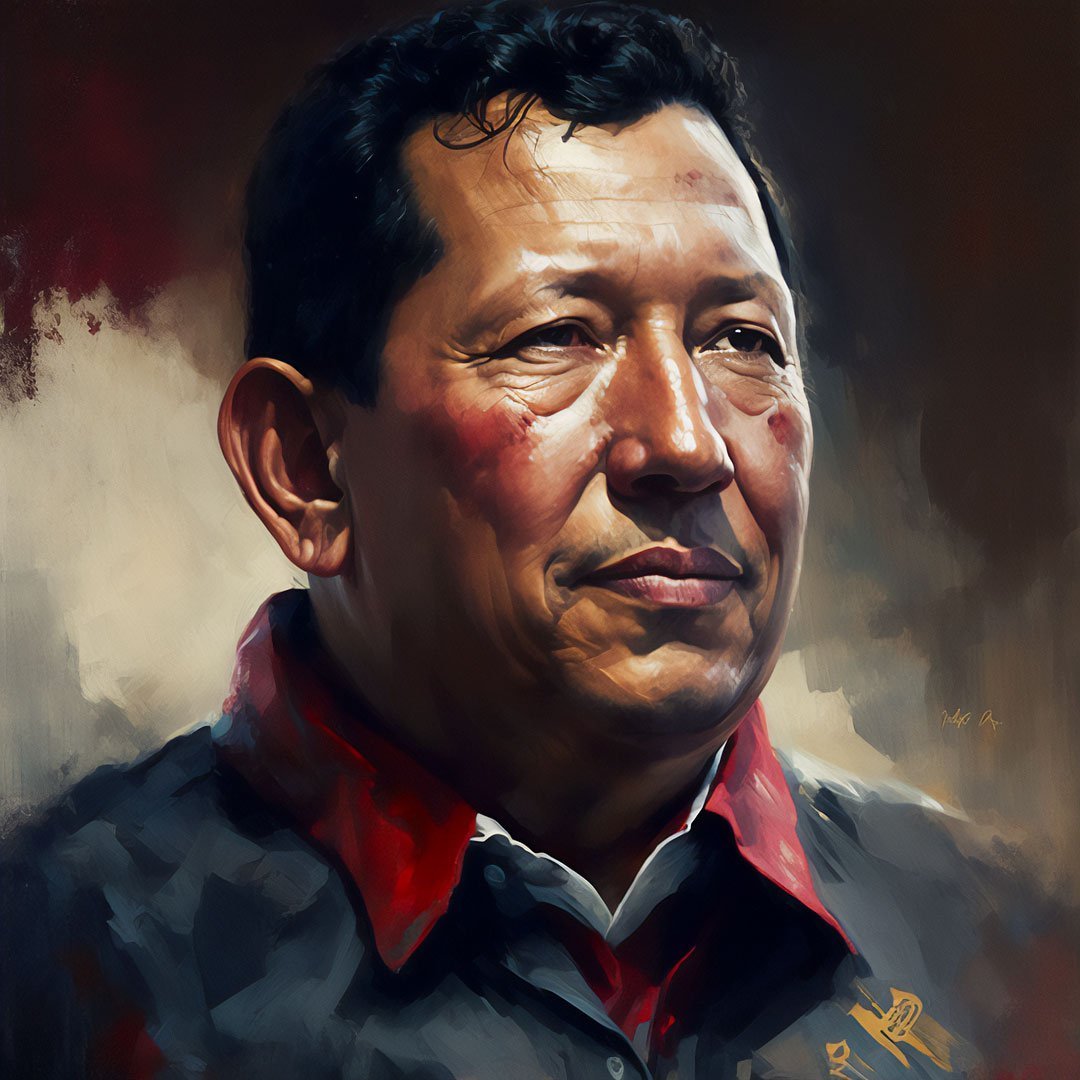